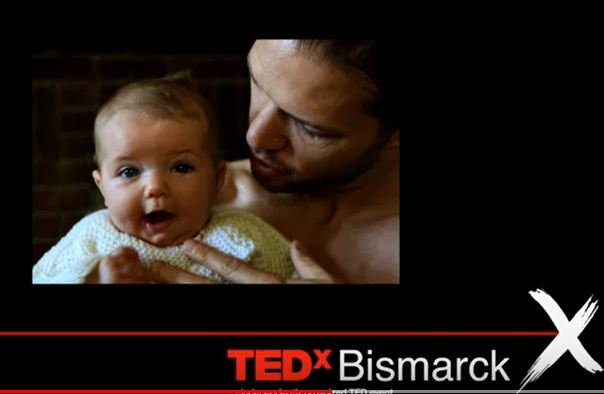 A whale takes 6 whale-sized breaths every minute and lives to be around 100.

It almost makes you think breathing long and slow might be a very good thing.

[In honor of breathing and babies, this Friday’s story is a blog stand-in since instead of writing this week I’ve been occupied with my very own baby to hold, my new granddaughter! This post is an article I sent out recently to my wellness tip subscribers, one of the programs I do at work. (If you are interested in subscribing to these wellness tips, just email me at eclayton@northernlight.org. The program is open to anyone.) I’ll be back next week with Flag Girl, part II ]

So here’s a riddle for you:

Would a mouse or a whale be more inclined to throw a temper tantrum?

Danielle Abbott*, a Northern Light Health Talent & Diversity specialist, probably has a pretty good idea about the riddle based on the way Lilly, her 8-month-old baby, goes to bed. If you haven’t already guessed, breathing has something to do with it. Beyond merely keeping us alive, breathing does something else miraculous: it puts a baby blessedly to sleep! Which is why Danielle speaks these words to 8-month-old Lilly every night between 7 -8 pm:

And there’s more: when Lilly is having a hard time and crying her head off as babies and the rest of us occasionally do, then all Danielle does is hold Lilly close – chest-to-chest — so Lilly can feel Danielle’s deep, rhythmic breathing. To help her sync up, Danielle exaggerates the sound of breathing in Lilly’s ear, making the inhale and exhale almost ocean-like, and before long Lilly is entrained with Danielle’s calm, peaceful breathing. About 85% of time, anyway.

While 85% seems like an impressive outcome for successful tantrum-interruption, it shouldn’t be all that surprising when considering it is biologically impossible to have an anxiety or panic attack (or fit of any kind) when we are breathing slowly, fully, deeply and evenly. Doing so engages the parasympathetic nervous system, sometimes called our rest & digest nervous system, which puts the brakes on screech. Likewise, fast breathing triggers the sympathetic nervous system, our fight or flight mechanism, which is how we breathe when upset. Unless, of course, we are doing the opposite, which is not breathing at all – the other pattern of breathing that feeds tension and anxiety.

But there’s a catch: after going to the trouble of regulating your breathing, don’t work against yourself by continuing to think the thoughts that landed you there in the first place. Studies have shown that we don’t hold an emotion in our body longer than 7 seconds as long as we aren’t re-fueling it with our mind by continuing to think upsetting thoughts — one more reason to be very aware of what is actually going on up there in our head.

You hear a lot about breathing these days, but in reality it’s kind of hard to take it seriously. It seems so ordinary, so hum-drum. How amazing can it be? We’re already doing it, after all. But the truth is if the benefits of skillful breathing were packaged in a magic pill, we’d probably stop everything to go on pilgrimage to acquire it. And it outshines a pill. As former football player Jim Kambeitz points out: it’s all natural. It’s lab-tested. There are no side effects. It’s free. And anybody can have it.

With the exception, that is, of one person: the lazy one.

As a former “mainstream, football player sort,” Kambeitz is a good champion for this bodily function often associated with the kind of “woo woo” stuff woo woo people like to do, because he says he is about the last person anyone would expect to see doing pranayama breathing and yoga. But, according to Kambeitz, change comes about via one of two ways: inspiration or desperation. It was the desperation of misery for Kambeitz, who woke up one morning finally not even able to walk due to the beating his knees had taken on the football field. Nothing had helped him and his back was against the wall. And while he hated the idea of yoga, he wasn’t ready to stop walking and so, unwillingly, he took the advise of a Ukrainian physical therapist, bit the bullet and did the unthinkable: he attended a yoga class.

Breathing for Kambeitz is like taking a caffeinated tranquilizer: it delivers energy and calm. Hear all about how breathing changed his life and how he is raising a child who breathes and calms herself in his TED talk.

Read more about how to breathe properly and how our tendency to stop breathing – like when our babies wake up and wail – causes us to suffer “low-grade suffocation,” in this article here.

If a baby can be trained to breathe effectively, so can we. Unless, of course, we are L.A.Z.Y.

Or forgetful. It’s entirely possible that I could go instantly from writing an article like this to holding my breath while I freak out over something. It’s funny; you would think breathing would be second nature but it apparently requires some training. However, being calm and peaceful is such a nice feeling it’s worth deliberately breathing over.

Danielle began a meditation and breathing practice 7 years ago when a friend invited her to attend a class with Tracy Pozzy at the Golden Lotus Studio in Bangor. At the time a lot of change was happening in Danielle’s life along with a lot of anxiety bubbling up so the class really hit home. Now Danielle is in the final credentialing stage of becoming a Soul Rhythm Breathing instructor herself. She is also working towards her meditation teacher certification.