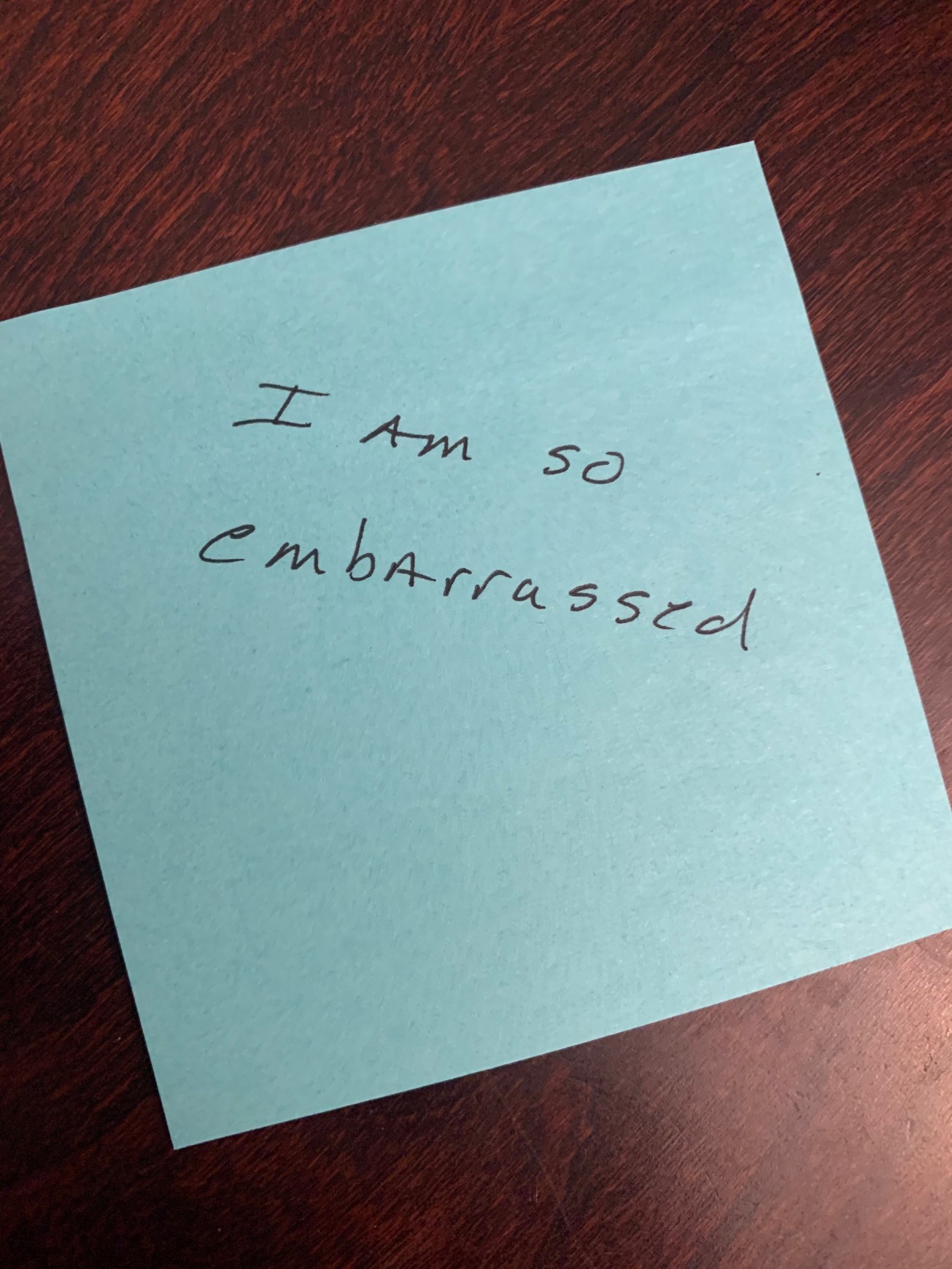 Storyteller, cowboy boot-wearing Texan and research professor on human experience, the also very funny Dr. Brene Brown blows the cover on shame by calling it out:

In a very similar way, calling something what it is and getting it out onto the table into the light day has a way of defusing its energy. And when you get this thing out by writing it down, something deeper happens because there are changes in the brain that occur when we write something down that don’t happen when we merely think about them. Different neural connections are made when we specifically pick up a pen or lay our fingers on a keyboard and move those thoughts from our head onto a page. Writing down a list, for example, better cements the things we need to pick up from the store.

But it’s not just memory that gets activated. For instance, when we write down the sentence, “I am angry,” something different happens inside us than if we were just to think, “I am angry.” The very literal act of writing “I am angry” down on a piece of paper takes anger from inside our body and puts it outside our body. Anybody knows that a tiny splinter of wood causes more pain when it’s in a finger than when it’s outside of a finger. In that same way, doing nothing more than getting some bad feeling out and on the table can sometimes be all you need to pick up and move more peacefully along with your day.

And then on a more subtle level, writing down “I am angry” also formally registers this anger as an actual thing. Formally declaring and categorizing the experience in such a way validates it, as if it has now been notarized by the highest official in the land. And even if the universe responds by doing absolutely nothing, being formally heard and understood – even by just ourselves – can make a bad situation feel strangely better. Better enough to make it worth keeping a special sticky note pad around and at-the-ready for formal declarations — a safe container for the hard feelings that will always come with the day. Better than storing them in our bodies!